Winter conditions became even more varied in the 2000s. Extreme slipperiness, unpredictable slush and long periods with no ice or snow. Non-studded tyres had become a permanent addition to the Hakkapeliitta family. The grip properties of non-studded tyres were improved by using new sipe technology, for example.

Innovation in winter tyres continued. Starting from the year 2000, all new Hakkapeliittas had Driving Safety Indicators (DSI). The same year, a patent for a Bluetooth smart tyre system was applied for. The latest in stud technology were the square stud of the Hakkapeliitta 4 in 2003 and the “Bear claw” that regulated stud impact in 2006.

Nokian Tyres has continued its pioneering work in eco-friendliness. The company was the first tyre manufacturer to start using purified, low aromatic oils in 2004. Modern tyres also contain canola oil in order to guarantee the flexibility of the rubber compound even in extremely cold weather.

The efforts in product development generated a stream of first places in winter tyre comparison tests. For two consecutive years (2009 and 2010), the Finnish car magazines Tekniikan Maailma and Tuulilasi, the Russian magazine Za Rulem and the Swedish Vi Bilägare all ranked the Nokian Hakkapeliitta 7 the best winter tyre.

Nokian Tyres’ production facilities are located in Finland and Russia. Product development and the manufacture of prototypes and test batches are located in Nokia next to the company’s headquarters. The Nokia factory manufactures passenger car tyres, heavy tyres and retreading materials for truck tyres.

The manufacturing of Nokian Hakkapeliittas became more international when a new production plant was established in Vsevolozhsk, Russia in 2005. The Vianor tyre chain continued growing and spearheading the growth of the company. 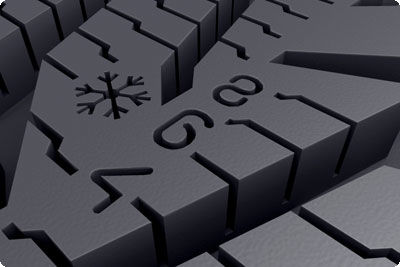 A driver must be able to rely on the properties of the winter tyre throughout its lifespan. But when is it time to switch to new Hakkapeliittas? In 2000, Nokian Tyres developed the Driving Safety Indicator, which can be used to verify the remaining tread depth on the tyre. As the tyre wears down, the numbers on the middle of the tyre disappear one by one. The snowflake symbol also indicates a change in safety characteristics. When the snowflake has worn off, the driver should buy new winter tyres. A tread depth of four millimetres is required for safe winter driving. 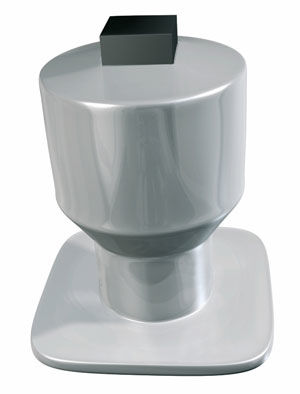 Starting from the 1960s, the traditional stud and its body were round in shape. A creative decision was made during the design of the Nokian Hakkapeliitta 4 winter tyre: the hard metal pin and flange of the new stud were square-shaped. The change of shape created a justifiable increase in driving safety. In tests performed by Nokian Tyres, the square stud launched in 2003 increased the ice grip of the Hakkapeliitta by up to 8%. In 2006, an even more developed version entered the market when the entire stud body was made square. The new square stud anchored itself firmly on the tread of the tyre, maintaining its safety properties throughout the lifespan of the tyre. 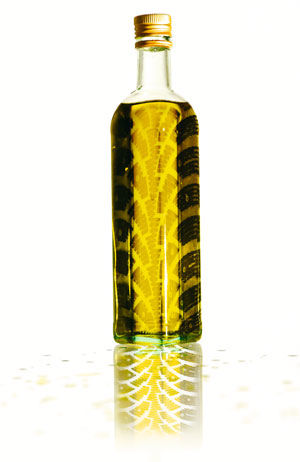 The different rubber compounds of the winter tyre parts have numerous components. One key factor is oil that makes the rubber strong and durable. In 2004, Finnish canola oil was added to the recipe of the Hakkapeliitta tyre. Canola oil increases the tear strength of the compound, further increasing grip on snow and ice. Starting from the Hakkapeliitta 4, winter tyres from Nokian have been rolling on canola oil.

The tyre industry started using high aromatic (HA) oils for tyre manufacturing in the 1950s. They were used as softeners in tread manufacture and they simplified the mixing of different ingredients and refining rubber compounds.  High aromatic oils are classified as carcinogenic, as they contain polyaromatic hydrocarbons (PAHs). In 2005, Nokian Tyres was the first tyre manufacturer to discontinue the use of HA oils. No carcinogenic or toxic (T) chemicals are used in the production, either. Since 2010, the sale of tyres containing HA oils has been prohibited within the EU. 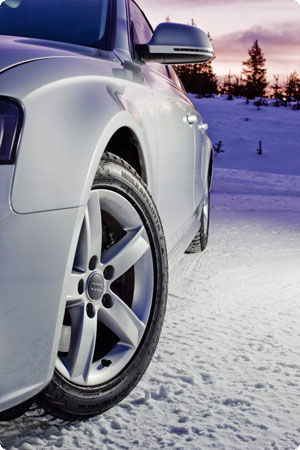 “Nokian Hakkapeliitta 7 is the ice champion. The Hakkapeliitta wins in both braking grip and acceleration on ice. Driving the Hakkapeliitta 7 is special, as the tyre allows for a relatively wide slide, while constantly maintaining control. In rough driving on snow, the tyre behaves like on ice - the tyre will eventually slide, but in a controlled manner. Even a four-wheel slide can be controlled without problems. The tyre behaves similarly under extreme conditions on a wet surface - the tyre starts its sideways slide softly, which means that speed can be reduced and control retained. The Nokian is the best winter tyre”.

These are the words of the Swedish magazine Vi Bilägare in its issue 14/2010. 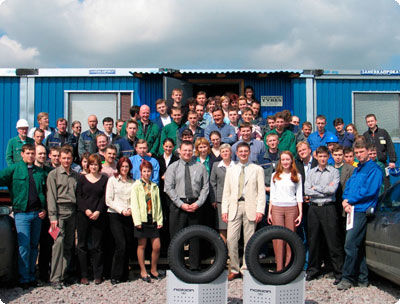 In the beginning of the 2000s, Nokian Tyres took a bold step towards the growing Russian market. Since 1997, the company had maintained a representative office in Moscow, building customer relationships and strengthening the position of the tyre brand in Russia. The goal now was to build a new production plant alongside the Nokia factory. In June 2005, the first Nokian Hakkapeliitta 4 tyres were manufactured in Vsevolozhsk, near St. Petersburg. The inauguration of the factory was celebrated in September. During the first year, 300,000 tyres were manufactured by the factory's 120 employees. In 2010, the annual capacity of the Russian factory was 8 million passenger car tyres. Passenger car tyres for the global market spearhead the production.

Image: The first Hakkapeliittas and their proud builders. The first Nokian Hakkapeliitta 4 winter tyres were manufactured in Vsevolozhsk in June 2005.